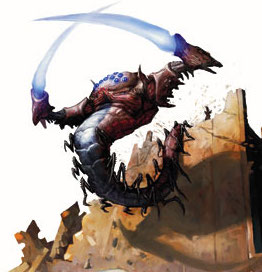 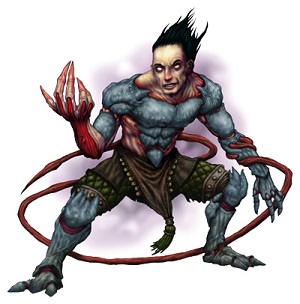 In battle they appear as having a segmented, many-legged body which ends in a powerful scaled, headless torso that has two handless arms from which blades of energy erupt, these enforcers of Dal Quor are bred for battle. Like most quori, a tsoreva typically acts through its human host rather than by a physical presence of its own, though the tsoreva are very capable warriors in their own right. The Tsoreva like the Dream Masters prefer to be in humanoid form when not in battle.