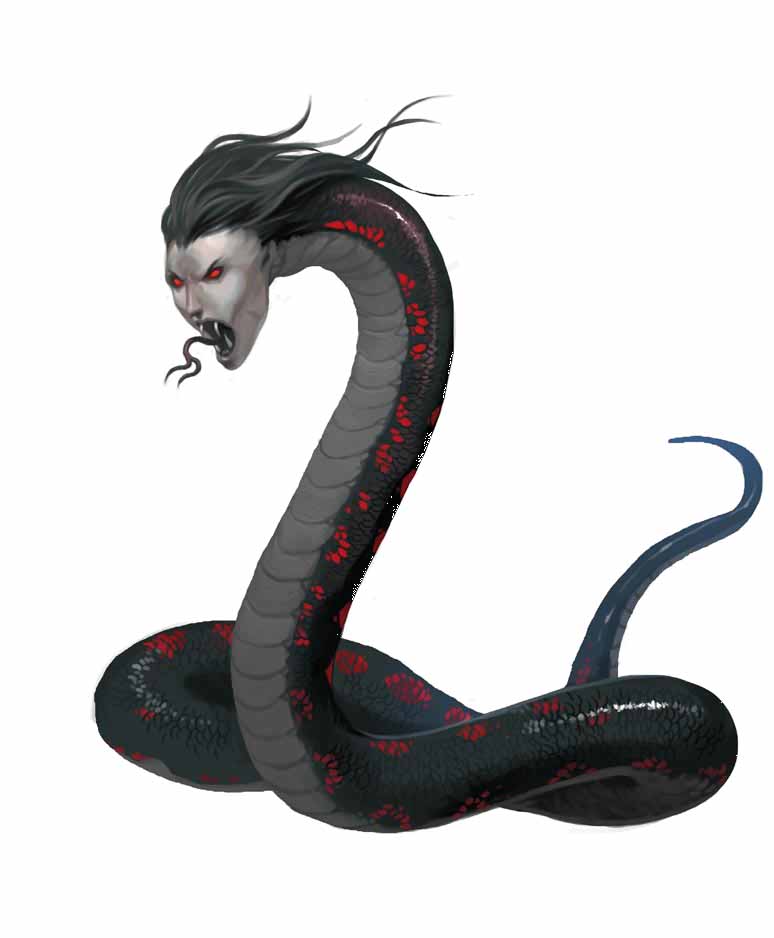 Shadow nagas covet power and knowledge over others. Highly intelligent, inquisitive, ruthless and cruel. With bodies covered by shimmering, eel-like black scales, shadow nagas slither deftly through forsaken lands and abandoned ruins, scouring such places for treasures and weaker creatures they might force into service. Their forked tongues spread only lies, and others whom they can’t manipulate they destroy with their insidious poison and destructive magical abilities. A typical dark shadow measures approximately 12 feet long and weighs upward of 300 pounds.

Arrogant and sybaritic, shadow nagas seek to interrogate lesser creatures, relishing the information they glean. Some assemble vast stores of knowledge and engage themselves with individuals of power and access to mystical knowledge. They particular seek information on magic/psionic items and artifacts they can use to gain more power.

Type: Shadow Creature (Outsider) Native to the plane of Shadow