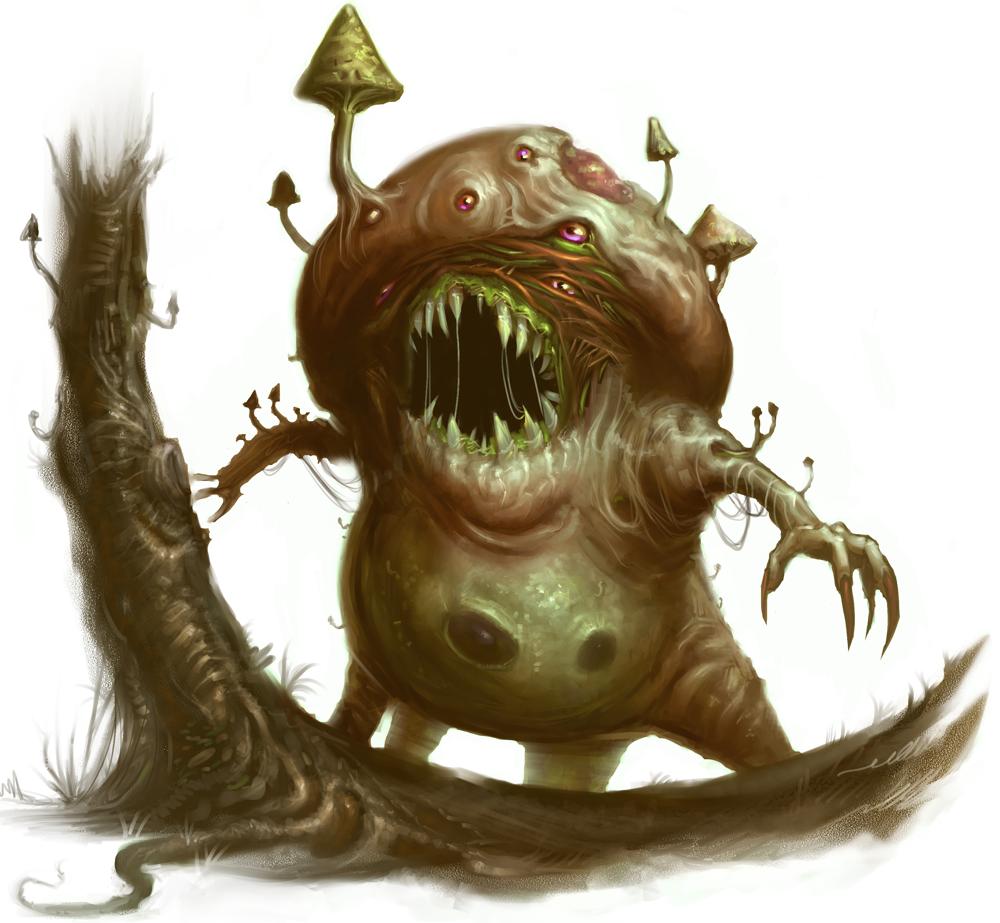 Keepers of cavernous mushroom forests and rotting compost pits deep within the swamp, fungus leshys preside over subterranean growth and the rot that fertilizes new life. Among the most alien and monstrous-looking of all leshys, these tiny rot farmers’ frightening appearance has more to do with the asymmetrical eeriness intrinsic to molds and fungi than an outward expression of evil. Like all their kin, fungus leshys vary widely in form, often adopting the colors and shapes of the mushrooms and other large fungi common to the areas they tend.

Fungus leshys are spawned from realms of underground wonder or the rotting places of the natural world. They perform an important service in the lands they keep, encouraging the growth of fungi, transporting rotting material to fertilize other plants, and making the most use of growth that has died off. Fungus leshys are most active at night and spend the day in the forms of plump fungi amid their ripest compost heaps or fungal glens. 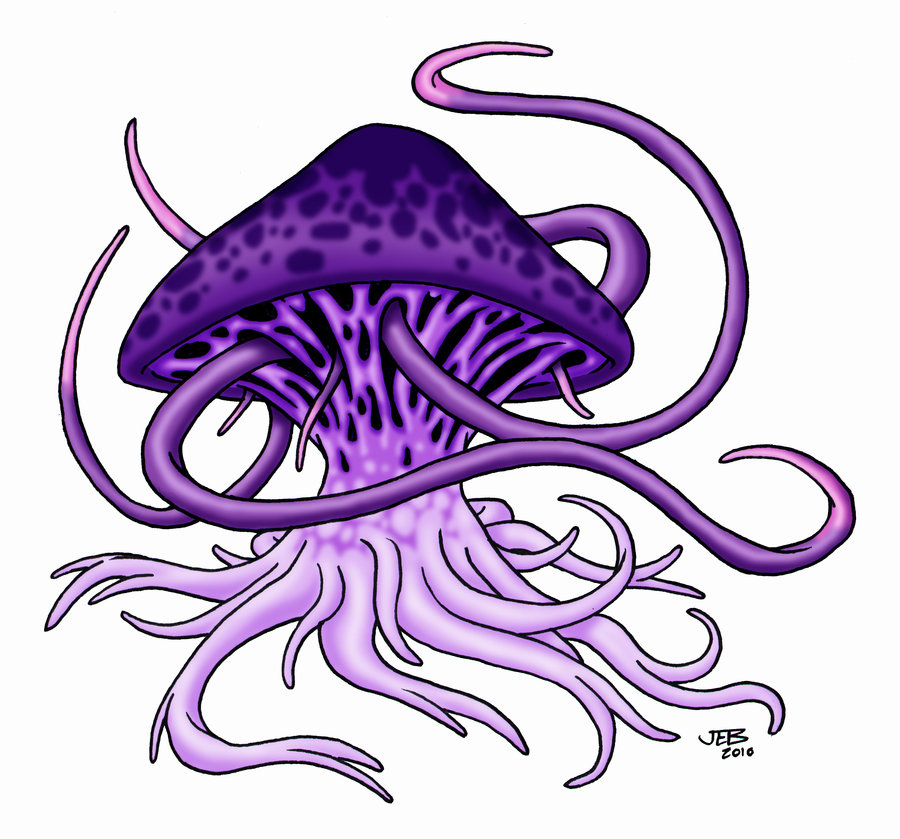 The violet fungus is one of the most notorious and feared dangers of the world’s caves. A traveler can often see signs of the violet fungus in those who dwell or hunt in places where these carnivorous fungi lurk. In these folk, deep and hideous scars mar bodies where entire furrows of flesh seem scooped away—the marks of a close encounter with a violet fungus.

A violet fungus feeds on the rot and decay of organic matter, but unlike most fungi, they are not passive consumers of corruption. A violet fungi’s tendrils can strike with unexpected swiftness, and are coated with a virulent venom that causes flesh to rot and decay with nauseating speed. This potent poison, if left untreated, can cause the flesh of an entire arm or leg to drop away in no time at all, leaving behind only warm bones that soon rot into corruption as well.

Although violet fungi are mobile, they only move to attack or to hunt for prey. A violet fungus that has a steady supply of rot to sup upon is generally content to remain in one place. Many underground-dwelling cultures take advantage of this penchant, particularly troglodytes and vegepygmies, and keep multiple violet fungi in key junctions and entrances to their caverns as guardians, making sure to keep them well fed with carrion to prevent them wandering farther into the den in search of food.