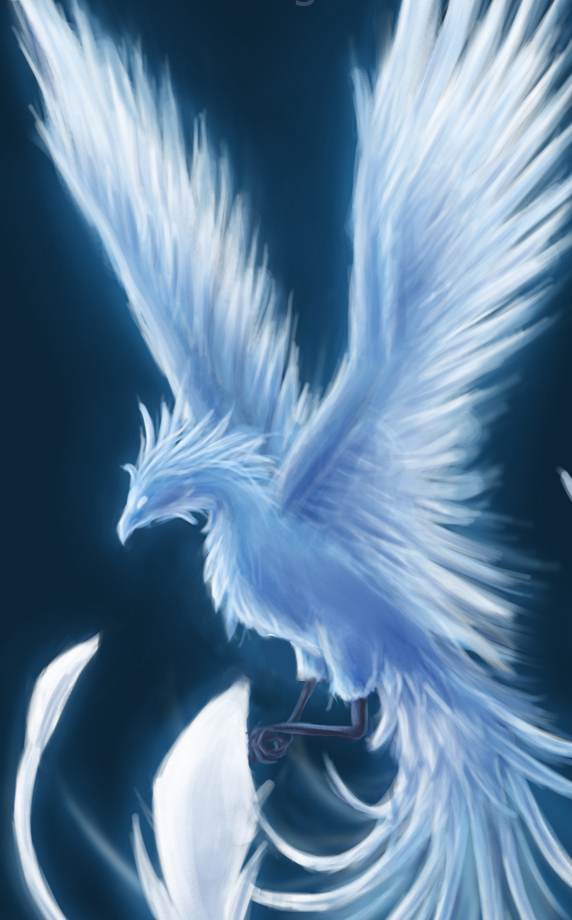 One of teh rare magic birds in Golarion. It is sometimes called the Ice Pheonix as it does have some of the resemblance and abilities of the phoenix though they are smaller is size and not as powerful as there firey counterparts considerd teh most prized of the magical birds. Ice Phoenix have rarley been seen let alone alowed to be kept. They are very loyal if they do bond to someone. The Caladrius has the same mysterious lify cuycle of pheonix as it is consumed by ice and shatters then is reborn from the frost. It is a whitiesh blue and is covered a sheath of cold and frost. The Caladrius’ other ability seems to be healing. For those it trusts or are bonded to it can provide healing. The Caladrius is a bird of prey and a very agile flyer. Teh Caladrius is a medium sized magical beast .