I, Althon, last of the forgers of Kalkelmo place these words down as memories to our people and the lost arts that they crafted and the greatness of our people. What few tales and stories I have heard will be placed here so that in hopes, future generations will not forget the heritage we lost. Though no one speaks of the events that lead to the Great Exodus, whispers speak of powerful undead, forces so overwhelming that even Khadune the Mighty could not hold them at bay. I shall begin with who we were. Our ancestors were the inhabitants of the southern portion of the Five King Mountains, known as the Dwemer…

The Dwemer were advanced in many respects, far ahead of the other races and civilizations of their time. They are well-known for their skill and revolutionary developments in construct magic, engineering, mining, crafting methods, metalwork, stonework, architecture, city-planning, earth & metal magic, and the arts.

There were three main cities that they Dwemer founded. The first of the cities was Kundrakar, this city was often referred to as The Mountain Door as it connected the three cities of Kundrukar, Glitterhame and Suldorrok. The city of Kundrukar contained the Great Foundry deep under Stone Talon Mountain.

The Dwemer are known for playing a huge role in one of the greatest mysteries… for reasons still debated and under circumstances still being studied, the Dwemer were overwhelmed by forces they simply called “undead”… the fleeing armies and people congregated in Suldorok and their their last King Khadune disappeared. At the Battle of Suldorok they lost their homes under the Cloven Mountains. Some of the descendants of the Dwemer live today in Arrabar. Much of the Dwemer magics and knowledge has been lost but our people continue to be inventive, crafting newer versions of guns and automata.

Dwemer were known to have created—and manufactured on a very broad scale—thousands of mechanical apparatuses of varying complexity, most of which were constructed within the city of Glitterhame. These constructs are referred to as Animunculi, or simply “automatons,” who were known to cause havoc when unleashed against enemies on the battlefield, completely obliterating enemy forces. The most simple being that of an arachnid designed to ward off trespassers. Most automatons contained a kaladrian crystal, sometimes more than one. The Kaladrian Crystals were believed to be what powered these machines. It may have also acted as a source of power due to the extreme energy held within it. In some automatons, such as the Dwemer Spider Guardian, the Kaladrian Crystals may have acted as a source of Destruction magic, being able to attack intruders with lightning bolts. They appeared to allow the Spiders to function beyond their internal power systems, electrical systems, and working gears and cogs…

Glitterhame was the hub of the three cities, facilitating trade along the Great Stone Way between the cities and into other kingdoms. Though the Dwemer never traded their most powerful magics and technologies.

The other types of Animunculi that were encountered included ballistas, centurions, and spheres. They were capable of receiving, interpreting, and responding to the actions of people around them, due to the excellent work produced by Dwemer engineers. It was possible that animunculi were capable of reconstructing and repowering themselves to go back to protecting their former master’s through the crowns.

Dwemer military equipment was effective and resilient to the effects of time.

Durgeddin ,The Smith, is above all the greatest of the known smiths of the Dwemer. It is believed that Durgeddin was the principle behind the founding of the magics and techniques in the process to create the Dwemer Animunculi.

Kalkelmo is no longer the hope it once was. Our simple home near the Dark Moon Vale and Droskar’s Peak is filled with hopelessness. Our brethren have turned from the ways of our ancestors and years of battles with dark forces have only led us to a more desperate situation then from that we came. Fighting hordes of these dark creations the Cryx and Cephylix has worn us to our last few men. In time we may vanish all together. But I digress… 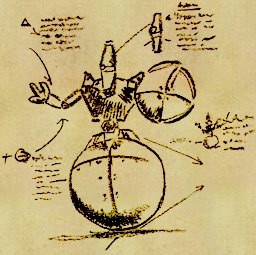 Dwemer Swords were effective at breaking through light armors; this was due to the venerability and sharpness of tempered Dwemer metal, and owed less to the double-edged design. Dwemer Armors were capable of withstanding incredibly heavy blows and taking on the most powerful of arrows. This was due to the fact that the Dwarves were an empire, civilization, and culture built almost exclusively underground, so the Dwemer race itself was naturally accustomed to the aspects of living underground. Just like Dwemer swords and other weapons, the effectiveness of Dwemer armor was more of a testament to great metallurgy skills rather than armorsmithing skills. When a Dwemer Dagger was compared to an Elven dagger, it was clear that most Dwemer weaponsmiths relied almost exclusively on creating quality crafting materials first, and allowed the final forms of those materials to stem from the concept that the weapon was intended to kill people. Dwemer armies also experimented with the use of crossbows. Though bows were additionally used, crossbows were magically advanced. Various Dwemer engineers drew up several schematics for crossbows, including a standard and enhanted version. Schematics were also drawn up for explosive bolts to be used alongside the standard bolt, of which three known variants have been identified: an exploding fire bolt, exploding ice bolt, and an exploding shock bolt.

Dwemer military machines also range from the human sized ‘Sphere’ warrior, which patrols the interiors of the halls as a harmless ball only to emerge from it as a fully armed and armored automaton fighter, to the justly feared ‘Centurion’ whose height ranges from twice to several hundred times human size depending on which reports you believe.

During their existence, the Dwemer constructed many devices and constructs. One of the creations they built was a monstrous golem, called Numidium, also known as the “Brass God”.

Other machines created were the Dwemer Convectors, highly magical devices that were developed and used to alter any Kaladrian Crystal and transformed them ito be used in powerful magical artifacts. One such artifact they created was a Aetherial Crown or Dwarf Lord Crown which was designed and used to control specific constructs and maintain them. The Dwemer of Glitterhame notably used many of these Crowns to maintain their city, by controlling the various power systems that kept the city stable and to control the power systems.

Another piece of technology the Dwemer constructed were Tonal Resonators. They were used as openers of doors and checkpoint markers between passageways. Two devices the Dwemer created were Attunement Spheres and Dwemer Mechanisms, which were devices designed and used to open the entrance to Glitterhame and Kundrakar. The two devices directly interacted with one another; by placing an Attunement Sphere into a Dwemer Mechanism, the entrance to Glitterhame would be unlocked.

An example of the Dwemer’s cultural characteristic for the arcane arts were the Aetherial artifacts: the Aetherial Staff, Aetherial Shield, and the Aetherial Crown, whose powerful enchantments come from the fine tuning of the Kaladrian crystals within them.

The Dwemer were masters of crafting and smith-work, and made many innovations in the art as well. The Dwemer people of this trade forged weapons, armor, tools, and other materials in their day before the loss of Glitterhame.

Metalwork as far as we know is the primary method used to make almost all Dwemer crafts. We cannot, however, discount more easily destructible materials such as clay, paper, and glass from outside the scope of Dwemer craftsmanship, but given the tendency of Dwemer design to favor the long-lasting over the fragile, we can safely assume that at the very least metal was a heavy preference.

The Dwemer mainly focused on metallurgy, the study of the physical elements of metal. It is distinguished from the craft of metalworking in that with metalwork, the craftsman is working with the actual components of metal, a process to “create individual parts, assemblies or large scale structures.”The overall concept of Dwemer construction and craftsmanship appeared to have been designed and built to be long-lasting, rather than fragile and easily destructible, which was a possible explanation for their preference of metal. However, other materials such as clay and crystal, though more easily weaker and destructible, cannot be completely eliminated from the known materials that Dwemer crafters may have used to construct their creations. The Dwemer people also studied the principals of engineering, metalwork, and crafting. 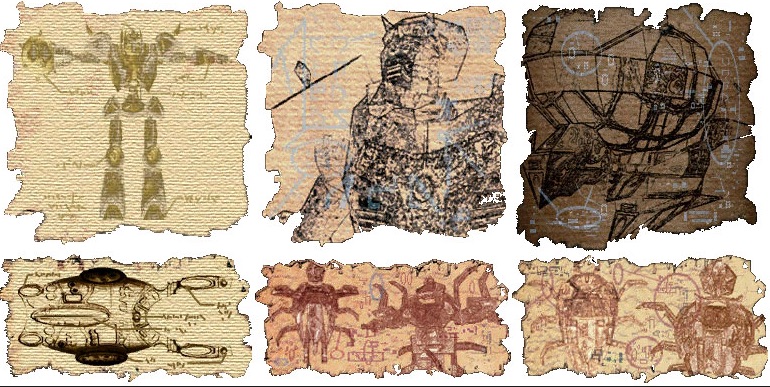 No other Dwarf people have replicated whatever process was used to create Dwemer metal. Although it can be easily mistaken for steel it is most definitely a distinct type of metal of its own. I have personally seen metallurgists attempt to combine several different types of steel and common and rare ores in order to imitate Dwemer metal’s exclusive properties, but the only method that has been successful is to melt down existing Dwemer metallic scraps and start over from there.

I often wonder if perhaps these dark mechanizations were perhaps the downfall of our very own people in the past as they are today. Could it be that the dark forces we fight here under Droskar’s Peak could be the very forces that plagued the Dwemer as well. Could the Cephylix have been their downfall as well.

The Dwemer also had extensive knowledge on mining, extracting, and smelting the ore they found, as well as incorporating the smelted metal into their weapons, armor, tools, devices, and other crafts. Because of this, they were able to create their own distinctive form of metal, which was easily mistaken for Steel. No other Dwarf has been able to successfully replicate the process that was used to create Dwemer metal. The only known method that had been successful so far was to melt down existing Dwemer metallic scraps and start over from there. They were also the creators of an illusive concept known as the “Seven Natures of Metal.” One other natural resource the Dwemer used was Kaladrian Crystals.

If one wished to craft Dwemer weapons and armor, Dwemer artifacts had to be obtained, and then smelted down into Dwemer Metal, and then molded into a Dwemer metal ingot. A variety of materials were required to craft Dwemer weapons, which, depending upon the item(s) intended to be crafted, included Dwemer Metal Ingots, quicksilver, steel, Adamantine, Mithral, as well as Kaladrian Crystal and even Starstone.

It is now my very last entry. For those that read these words know this. The Dwemer ancient magics are not completely gone. For I myself was a caretaker of some. I have placed these artifacts deep within Kalkelmo. They can only be activated of one who carries the Dwemer lineage and one of noble blood. Perhaps they will remain hidden away under this accursed peak for all time, or perhaps they may seek themselves into the right hands. Only the fates will tell.