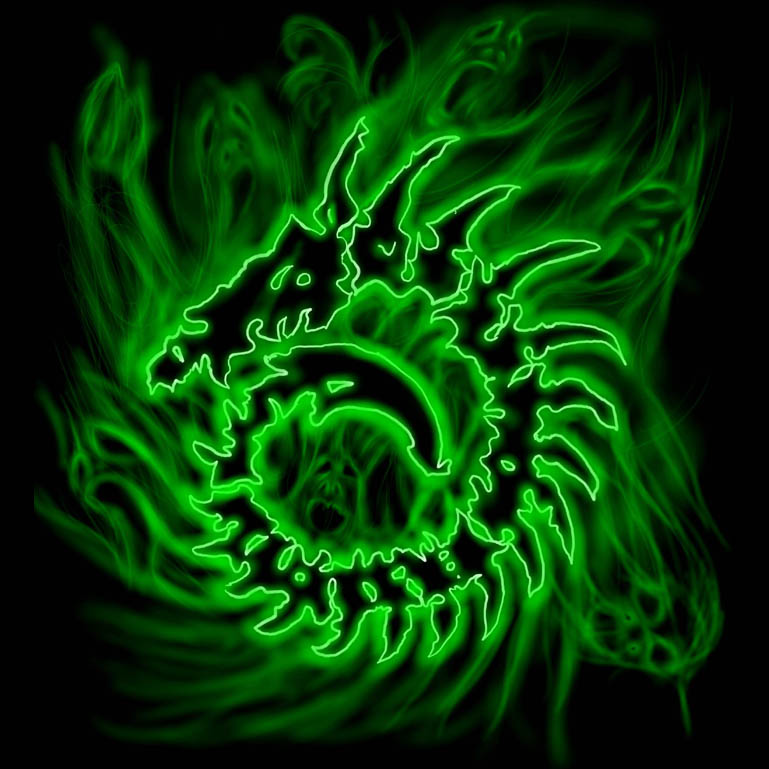 The above symbol is found on all Cryx.

The Cryx are the creation of the Cephylix. These monstrous minions serve their every whim through the Cephylix’s mental control. Their only purpose is to destroy, corrupt and obtain new victims for the Cephylix to create more abominations. The cryx come in several molds that the Cephylix seem to favor. Each cryx is augmneted partially or entirley with metal apparatus and augmentation. These creature are powered by Necrotic Alchemical Liquid.

What is known about Cryx: Cryx appear to be a type of Undead construct created by the Cephylix. The necrotic alchemical liquid that acts as their blood and power source seems to give them immunity to fire and acid. They also are impervious to any mind effects. The Cehylix control them through some type of hive mind connection. They can not be diseased, paralyzed, poisoned, stunned put to sleep, take damage from death spells, nor do curse magic work on them. They do not tire or get fatigued and an army of them can march endlessly and relentlessly across a territory. We have not seen them able to heal normally. Though negative energy can heal them and the power of the divine can hurt them. We never see them eat, sleep and they are not effected by any magics that require them to breathe. They are powered by some type of supernatural alchemical necrotic alchemical liquid and always swathed in a strange called darkness and a green mist.

Types of Cryx Known:
There are two sub groups of Cryx. Ones who are mindless creatures that are completely controlled by the Cephylex known as Drudges and ones who posses more free will and self thought known as Dominators, as they are able to also control Drudges.